With this, his fifth film, Shôhei Imamura finally answered his true calling as Japanese cinema’s most dedicated and brilliant chronicler of society’s underbelly with the astonishing Pigs and Battleships [Buta to gunkan]. A riotous portrait of sub-Yakuza gangsters battling for control of the local pork business in a U.S. Navy-occupied coastal town (Yokosuka), Imamura conjures a chaotic world of petty thugs, young love, tough-headed women, and underworld hypochondria, with one of the most unforgettable climaxes ever to grace the screen. 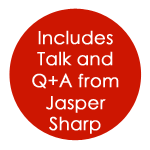 Before the screening of the film there will be an in depth talk from Jasper Sharp on Japanese New Wave and the new modernist cinema of the 60s. Access to the talk is included with your film ticket alongside all of the activities and entertainment at the festival.